Rising to the Challenge in Denver, CO

When I arrived at The BUILD Health Challenge® (BUILD) launch in 2015, hosted by the Advisory Board in Washington, DC, I knew immediately that BUILD was serious about making change. What I did not know, yet, is how profoundly the initiative BUILD funded in my community would change me. As we navigated the planning process, there was very little business as usual. The vision that the BUILD Call for Applications coaxed us to articulate was ambitious, encouraged risk taking, and fueled our vision of possibility.

Back in Denver, our initiative was also serious about making change. At our initiative’s first retreat, my assumptions and standard approaches were turned inside out. We did a team-building exercise: build a balloon tower – but without talking and with one hand behind your back. Our group surged through the challenge, led by a community member with a clear vision: one person holds the inflated balloon between knees, while others tie it.

The philosophic underpinnings of her method proved foundational: understand your assets, use tools in new ways, and move towards the goals by sharing power, resources, influence, and ideas freely. Be as unconstrained as possible by your past. We were clear on one thing: the same people, in the same room, with the same perspective and ideas, were not going to effect change. If that was going to work, it would have been effective a long time ago. We had a big goal to improve the opportunities of children and families in East Denver. We needed to find a way to engage that was both community-driven and upstream – work that was entirely different from what anyone in the group had done before.

East5ide Unified | Unido (EUU), the initiative created under the BUILD award, is a community-driven effort that connects people and institutions in order to channel resources and create a better life for residents of the 80205 zip code. The EUU Community Council sets the strategy and direction, ensuring organic community outreach and engagement, building leadership and civic engagement, and influencing organizations and agencies to be responsive to community priorities. Anchor Institutions – large agencies and organizations that reside within East Denver – work towards EUU goals by assessing and leveraging their assets to contribute to economic development and social cohesion. Ultimately, EUU ensures a strong East Denver where residents’ assets are elevated and connected, to ensure all children and families are valued, healthy, and thriving. Around the same time that the first cohort of BUILD communities was kicking off, Denver Public Health was in the process of establishing a more formal health equity framework. Our executive leadership committed to our BUILD project – both through a funding match, since Denver Public Health is located in a Safety Net Hospital System, and by participating in meetings and events. For me, and for our leadership, BUILD was a driving force behind our learning process on health equity. Because of BUILD, we learned about Anchor Mission, defined as using a large organization’s place-based economic engine for the betterment of the community in which it sits. EUU is now combining concepts like mitigation of toxic stress, community-based budgeting, and Anchor Mission to generate “upstream” efforts that address structural drivers of health, also known as social determinants of health.

East5ide Unified | Unido has had so many successes, including connections between community and institutions. In one small example, the collaborative was not positioned to bring a needed grocery store to a neighborhood with high food insecurity. However, they were able to invent a small-scale food security intervention and operationalize it: one hospital paid for a flash freezer to be installed in a school, enabling them to preserve and distribute leftover food that has previously been composted.

This year, EUU is looking for a new home. As part of that process, EUU contracted with a community member to manage the project – once again, moving away from the usual process of non-profit ownership and toward a community–centered initiative led by a community member.

EUU has also supported cohesion in an area experiencing a high level of involuntary displacement. In light of the pandemic, the social cohesion developed through initiatives like EUU is more important than ever. We are learning that cohesion is a survival strategy for Black and brown communities that experience a disproportionate burden of economic, health, and social obstacles.

Measuring our progress remains a major challenge. Early on the group rejected a number of traditional measures of childhood well-being (such as school expulsions of young children) and, recognizing the bias in the very processes that create measures and measurement, continues to innovate on data collection and analysis.

While the results of EUU’s connections may not be measurable in the traditional way, they have intrinsic value. The neighborhoods of Cole, Clayton, Whittier, Five Point, and Skyland are being challenged by so many forces – a global pandemic, an economic downturn, targeted and dangerous immigration and policing practices, and involuntary displacement as a result of gentrification without the commensurate wealth building that would allow legacy residents to stay in their neighborhoods. EUU remains grounded in an asset model and focused on cohesion – pushing upstream against the forces that would otherwise harm an engaged and tightly-knit quadrant of Denver.

Issues of race and racism were not on the front page five years ago when we assembled in Washington, DC – but change was in the air. I believe concepts like social cohesion and wealth building will soon be recognized strategies for addressing the negative impacts of structural determinants of health. The experiences seeded by our partnership with BUILD years ago have grown into a force for change. As we continue our deep re-consideration of the underlying assumptions and principles of public health practice, we evolve new structures and practices. Most of all, we are learning. I get things wrong every day, because the tenets of white  supremacist culture are toxic and insidious – but they are also modifiable. We are becoming more accountable to the communities we serve, and more influenced by a diverse understanding of what makes for public health. I see the influence of BUILD-like movements everywhere – in the conversations we have, in new approaches to funding, in changes to the systems we operate in. By moving towards true community leadership and ownership, outside of the institutional framework, East5ide Unified | Unido has the potential to expand, sustain, and meet the challenge laid out those years ago. 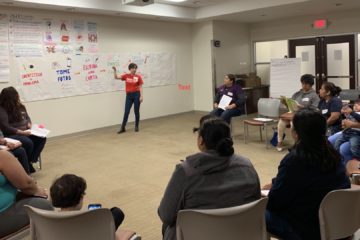 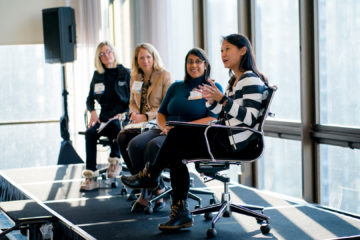