Looking Upstream: A Funder Collaborative Goes Local to Address the Roots of Health One way to address problems is to prevent them from emerging in the first place. That’s what 12 funders are hoping to do with health challenges facing 19 low-income neighborhoods across a dozen states.

Their collaborative effort, the BUILD Health Challenge, is now engaged in its second round of funding. “BUILD” stands for “Bold, Upstream, Integrated, Local, Data-driven.” These national and regional funders are bringing $8 million in grants to this round of the project, as well as technical and communications support. Local hospitals will kick in another $5 million in donations and services.

This partnership, which we’ve reported on before, is built around community-led projects that take on the root causes of health problems in low-income neighborhoods. BUILD is predicated on the idea that achieving better health requires looking beyond the provision of direct medical services to address the social and economic factors that affect health, as well as environmental factors. For example, said Emily Yu, executive director of BUILD, a bus mechanic who could cut down on bus emissions or help them run more safely could have a longer reaching effect on the health of a community than a doctor.“

When the first set of funders really decided this was something they wanted to invest in, it really had to do with this idea that long-term health solutions to address chronic issues in health really were not going to come from pills and prescriptions,” Yu said. “They were going to come from a longer-term, more upstream approach, getting at the social determinants of health.”

An illustration of that approach can be found in a project that BUILD funded in Des Moines, Iowa, to control asthma in children. The community leaders used data to map how pediatric asthma correlated with a family’s housing situation. They found a link between kids with asthma and houses with mold, damp basements and poor ventilation and AC systems, Yu said. So when parents brought kids to the doctor for an asthma attack, they would leave with instructions for a housing assessment, “which isn’t a normal prescription one might expect to walk away with,” Yu said. In total, the BUILD project in Des Moines spent about $150,000 on home repairs, which meant on average five fewer asthma episodes a month for more than 40 families.

This childhood asthma initiative is again receiving support as part of BUILD’s second round, along with other projects focused on “healthy housing.” Each of the 19 projects that won funding features a community-based organization that collaborates with a local hospital and public health department.

Putting the community in the driver’s seat is what makes BUILD’s approach different, Yu said. The national coalition provides incentives to communities to address the root causes of health issues, but does not dictate how local leaders approach those problems, she said.

In the long term, the hope is that this project and others like it will change the way we think about health. More than 95 percent of healthcare spending goes to direct medical services, but 70 percent of health outcomes can be tied to the effects that social, physical and economic environments have on health behaviors, according to BUILD’s website. The funders behind BUILD and their local partners want to upend this hierarchy of priorities, fundamentally changing how U.S. society promotes better health.

“We spend so much on healthcare and relatively little compared to that on health and wellness,” Yu pointed out. “We’re breaking the $12 million mark with this, with both the funder commitment and hospital match, but that’s just a drop in the bucket to what we spend on healthcare and what is possible.”

Among the challenges in tackling the upstream factors that affect health is a lack of good data. Back when BUILD was starting, Brian Castrucci, the chief program and strategy officer at the de Beaumont Foundation, stressed how little we actually know about some of the root causes of health issues plaguing low-income communities. “If you go to your doctor and you want to know your likelihood for cancer, we can get down to your genetic code,” Castrucci said. “But for community health, we are still using blunt measures of disease prevalence in a community. We need to be more accurate. We need to be surgical in how we approach this. We need to change the health curve of this country, not just the healthcare curve.”

The Robert Wood Johnson Foundation is among the heavy hitters behind BUILD. As we’ve reported, RWJF has been a leader over recent years in highlighting the social determinants of health. It’s also funded new data collection efforts, including the 500 Cities Project, which track chronic disease risk factors and habits in the 500 largest cities in the U.S. The project collects data on such factors as the prevalence of high cholesterol, obesity, and diabetes in a community, and things like how often people see a doctor, and the extent of insurance coverage, binge drinking, and even sleep habits. The idea is to use this research to inform more effective efforts to prevent illnesses and risky behavior. 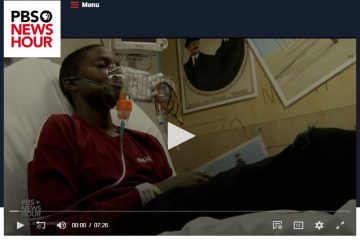 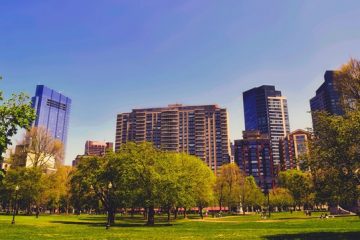 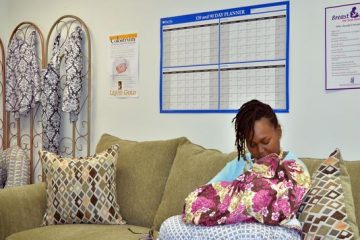