We’re In It Together: Kicking Off the New BUILD Health Challenge Cohort

The BUILD Health Challenge welcomed its third cohort of communities in Chicago on November 13-14, 2019. Eighteen new BUILD communities from across the country brought representatives from community-based organizations, hospitals and health systems, public health departments, and community members to connect with past awardees, funders, partners, and BUILD staff.

In addition to celebrating the awardees, the goals for this convening included orientating the new awardees to BUILD, developing their peer network, and identifying opportunities for new ideas and partnerships focused on driving sustainable improvements in community health. The teams came ready to bond, ready to work, and ready to learn. It was deeply exciting to see the enthusiasm in the room for the efforts that will be taking place in partnership with BUILD.

After two packed days of activities, the learnings were as varied and diverse as the communities and partners themselves. Here are three core takeaways I heard or observed awardees reacting to during the event:

1. BUILD is more than just a funding mechanism.

BUILD communities receive up to $250,000 each from BUILD, which is matched by the hospital or health system partner. But BUILD communities also receive tailored individual support from a technical assistance team to support them as they aim for their goals, as well as cohort-level support in evaluation and communications. Absorbing and strategically taking advantage of capacity building support can in and of itself be a challenge. For some sites, balancing the need to invest in their own strategy, program development, and sustainability can seem like a burden on their time in the short term, but we’ve seen that it will inevitably pay off in their long-term success. On Day 1, the BUILD communities spent the afternoon getting to know their core support teams as they planned out their activities for the next 30 months.

On Day 2, attendees also had the chance to hear from members of the BUILD funder collaborative about their missions and incentives to invest in a national initiative like BUILD. Katrin Ludwig of Methodist Health Ministries of South Texas, Inc. – a new funder in this third cohort – beautifully summed up the goal of the funders when she noted that BUILD is not just about funding projects, but about changing mindsets and shifting the way we address health in our communities.

2. BUILD communities are not alone.

While the work of addressing social determinants of health and forging cross-sector partnerships can be incredibly challenging, BUILD awardees are in good company. BUILD is a growing network of 55 communities and we were fortunate to hear from program alumni throughout the meeting, as panelists, moderators, mentors, and colleagues. On Day 1, awardees from the first and second cohorts shared their experiences and advice from being part of the program, as well as where they are now. Additionally, the awardees met and heard from the BUILD Alumni Mentors, a new component of the program that allows past BUILD awardees to provide new awardees with advice and support. Awardees also learned more about the All In Network, a cross-sector data sharing network that all BUILD communities are part of that can enhance their efforts on data and collaboration. By the end of the convening there were a number of exciting elevator conversations, lunch meetings, and new introductions between awardees from different cohorts that had already yielded a new insight or promising connection to advance a site’s efforts.

BUILD alumni share their experiences and advice with new awardees.

During our plenary on Day 2, we heard from Michael Smith of My Brother’s Keeper Alliance, an initiative of the Obama Foundation focused on building supportive communities for men and boys of color and developing pathways to opportunity – a mission that resonated deeply with BUILD communities who have a focus on equity, economic development, and community building. Michael reminded the attendees that, beyond the BUILD communities, there are many “partners in purpose” that are working toward the same goals and amplifying our actions. It was a powerful reminder that all of the communities represent a much larger national effort focused on equity that requires many actors, working together, from across sectors and communities.

3. This is the time to build on community momentum.

After a fun evening where everyone got to unwind with some friendly competition at the Game Room at the Chicago Athletic Association, the awardees showed up on Day 2 with their sleeves rolled up, ready to focus on their individual projects. During an in-depth design thinking workshop, partners broke new ground together, questioned assumptions, and captured the shared core values among their partners as they delved into the BUILD principles. From this new session, developed in response to past awardee feedback, they took with them a designed program documenting new ideas and strategies to strengthen their work. Equally as importantly, they strengthened team bonds and increased energy as they prepared to head home and implement their BUILD collaborations.

BUILD awardees dive in with their partners during a design thinking workshop.

We had so much fun getting to know this new BUILD cohort in Chicago and left feeling inspired by the work that they are undertaking. On behalf of the funders, partners, and staff, we look forward to documenting and sharing their stories over the coming years as they develop systems-level changes and transform the way health is addressed in their communities. Onward!

Related Tags: BUILD 3.0
Back to Blog 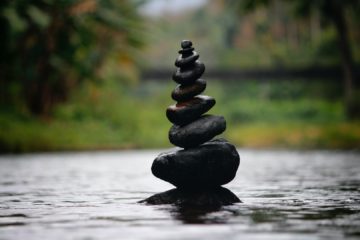 The BUILD Health Challenge® teamed up with our technical assistance provider, ChangeLab Solutions, to host a special webinar last month... 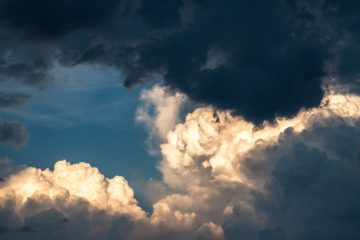 In the Eye of the Storm: Advancing Community Health with a Racial Justice Framework while Battling a Pandemic and Social Unrest

Communities across the country are trying to adjust to a new reality and address the impacts from the pandemic, racial... 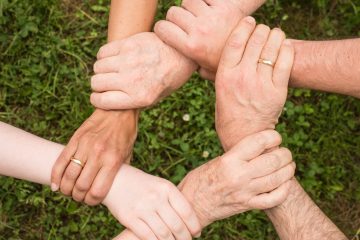 The BUILD Health Challenge® (BUILD) awardees are facing unprecedented challenges as they continue their work to improve community health across...